Happy New Year all, I know I have been bad about posting to my blog, but to be honest school took all my time the last half of the year, I was just lucky enough to paint a few figures now and then to keep my sanitary.

My Polish Vistula Legion is almost done only five figures to go and the first battalion is complete.

But for Christmas my wife got me several boxes of Perry plastics which will increase my army size by a third.

"la Bricole" has started it 2014 winter painting competition "Deploy Skirmishers" so since I was needing and planning Legere infantry, its a good thing to give me a deadline and sounds like fun. 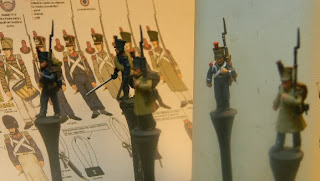 Here are my first few figures I had primed, I had originally planned to do a test this week, but when I saw the competition announced I stopped my last few Vistula Legion troops and started these.

I do have a lot of painting to do, Infantry, Cavalry, and Artillery on the board, so I will be busy for a while...Oh did I mention I also have a 28mm Japanese army to paint for Bolt Action and/or Chain of Command
Posted by Joseph K at 6:57 AM

Joseph K
I am a retired Infantryman from the US Army, I am currently a nuclear medical technologist. Now I need time to hobby 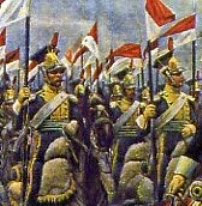